Application of Ultrasol®ine K Plus resulted in more uniform trusses, better fruit weight, a higher level of antioxidants and more calcium in fruits of cherry tomatoes in a research station

In a research station in Almeria, Spain, cherry tomatoes of the cultivar “Genio” were grown in a sandy soil, following local commercial practice. The research station was overseeing application of fertilizers, the recording of crop details and sampling of water and plant tissues. In one sector (300 m2) a fertigation grade of potassium nitrate without iodine (control) was compared to the other sector (300 m2) where Ultrasol®ine K Plus (potassium nitrate containing a fixed amount of iodine) was applied as source of K and N - and iodine - in the nutrient solution. Both potassium nitrate sources were applied at the same dose and timing in a nutrient solution, which followed local recommendations (Table 1). Ultrasol®ine K Plus was applied for the whole crop season (August-February), starting from transplant.

Application of Ultrasol®ine K Plus resulted in a five-fold increase of iodine in the leaves of the tomato plants. In the sector where Ultrasol®ine K Plus was applied fruit weight was higher, and these fruits contained more anti-oxidants and calcium, compared to the control sector (Table 2). The calcium concentration in the fruits was especially elevated in the months of December-February (Figure 1). In December it was observed that the quality of the fruit trusses (cherry tomato on the vine) was deteriorated in the untreated (iodine-deficient) control, compared to the Ultrasol®ine K Plus sector. The lower fruit quality in the control sector was linked to cloudy weather during the fruit development in the period prior to the observation (Figure 2). In contrast, a good quality of fruits and trusses was seen in the Ultrasol®ine K Plus sector in that same period. The positive response in fruit quality to application of Ultrasol®ine K Plus, can be interpreted as a correction of a suboptimal level of iodine in the irrigation water. With a sufficient level of this micronutrient in the root zone, plants can iodinate proteins in the roots and leaves. These proteins have important functions in biological processes involved in growth, stress-signaling and anti-oxidant production of the roots and leaves. This allows the plant to maintain optimal levels of photosynthesis and sugar metabolism, even in the face of environmental stress.

Table 1. Macronutrients supplied with fertilizers in the nutrient solution applied with each irrigation moment.

Table 2. Treatment means ± standard deviation of fruit weight and anti-oxidants in fruits of cherry tomatoes harvested from sectors where application of potassium nitrate without iodine in the control (Control) was compared with application of iodine containing potassium nitrate (Ultrasol®ine K Plus). Mean calcium concentration in the fruit is based on the average of 5 monthly analyses.*statistically significant LSD, p<0.05. 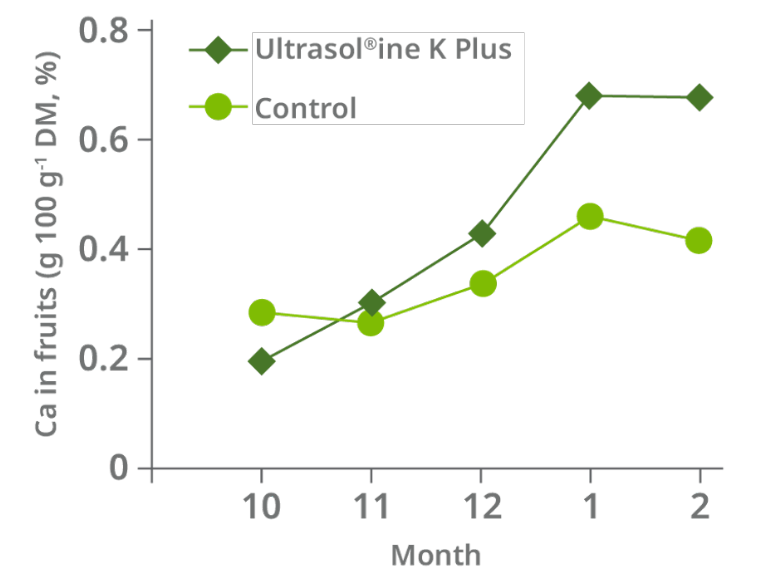 Figure 1. Calcium concentration of cherry tomato fruits harvested from sectors with potassium nitrate without iodine (Control) or with Ultrasol®ine K Plus in the nutrient solution at each sample moment. 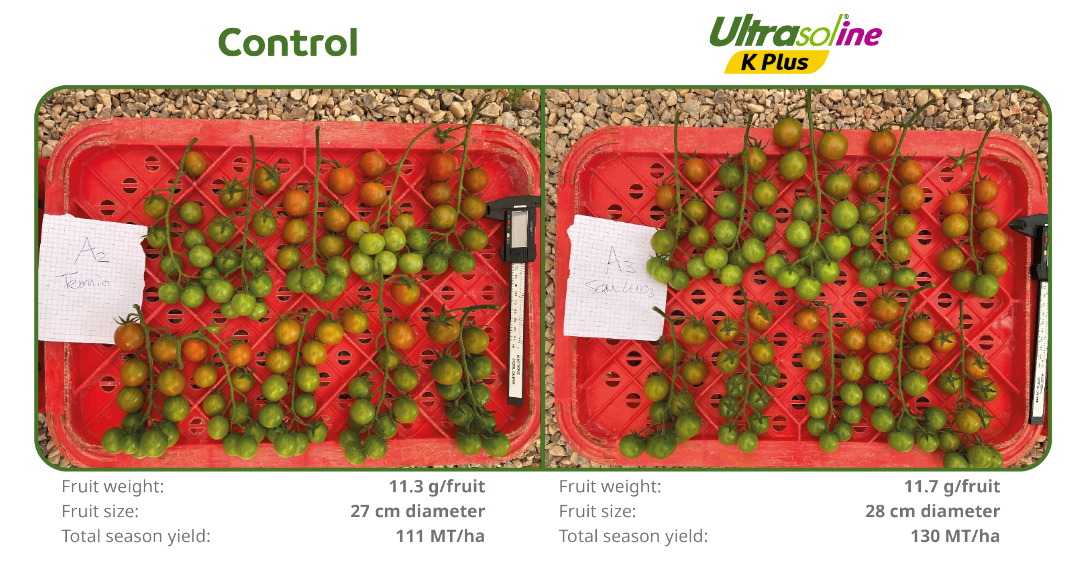 Figure 2.  A pronouced difference in truss quality was observed, after a period of dark and cold weather with more uniform trusses of better colour in the Ultrasol®ine K Plus sector, compared to the control.