As global efforts focus on preventing food shortages in the coming years, scientists are searching for new solutions to prevent the proliferation of existing and emerging infections in plants.

One key solution that demands closer examination is the use of potassium: Potassium (K) is essential for the synthesis of proteins, starch, and cellulose in plants. Its deficiency causes cell walls to become leaky, resulting in high sugar (starch precursor) and amino acid (protein building blocks) concentrations in the apoplast.

At least 125 million tons of the top five food crops—rice, wheat, maize, potatoes and soybeans—are destroyed by fungal infections annually. Extensive fungal damage to rice, wheat and maize alone can cost global agriculture $60 billion per year. This is food that could otherwise feed about 600 million people. So just imagine what could be accomplished if potassium were used to aide in the control of all the pests—fungal, viral, bacterial, Insect and nematode.

Nutrient management has enormous potential in Integrated Pest Management (IPM). The use of K exemplifies this. Moreover, many studies have demonstrated that by balancing both N and K it can result in an even greater positive impact on developing pest resistance. N and K used together, can effectively balance plant nutrition and become key weapons in an IPM arsenal.

The aim of the study was to verify if early season spraying of pecan solely with potassium nitrate/surfactant (PN+S) would increase nut yield. The treatments did not influence yield components, foliar K nutrition or net photosynthesis, but they did suppress “yellow-type” aphid populations in pecan trees. Water sprays alone suppressed aphid populations and the addition of KNO3 (0,5%) plus surfactant (0,15%) provided an additional level of suppression (Figure 1). 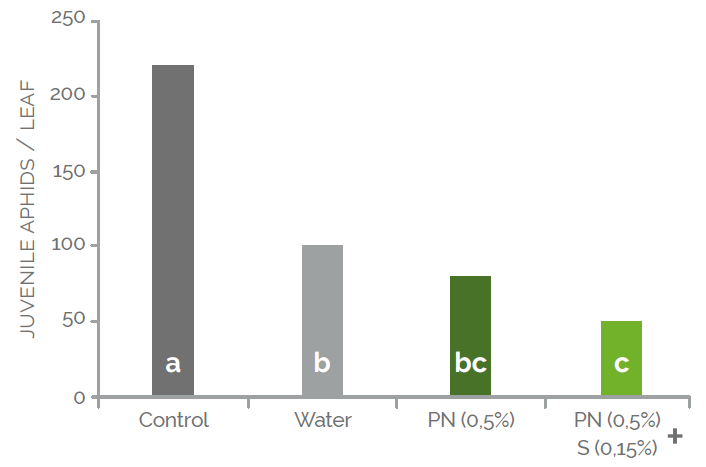 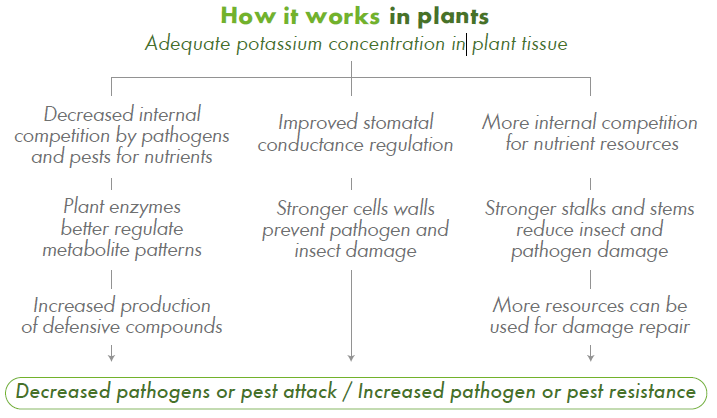 The presence of sufficient potassium also promotes the production of defensive compounds (such as phenols) which are an important component in plant pest resistance. An adequate potassium concentration within the plant decreases the internal competition with various pests and pathogens for resources. This results in more resources available for hardening cell walls and tissues to better resist penetration of pathogens and insect pests, and to repair any damaged tissue. Air-borne pathogens are more rapidly shut out from stomatal invasion when adequate K is present. 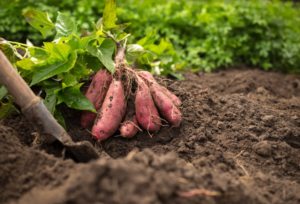 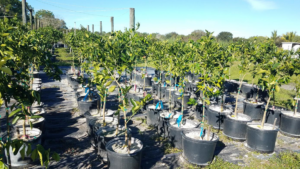 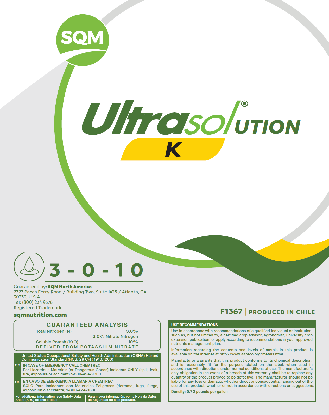 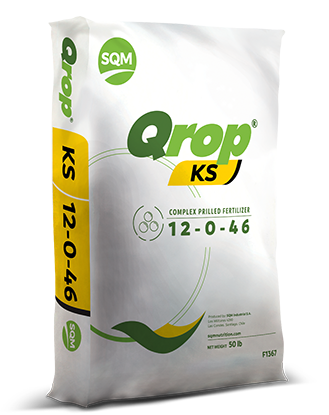