In these trials in Poland, SQM clearly demonstrated that the investment in application of high quality fertilizer delivering 2,6 times more potassium and extra Ca and P - without adding Cl - at the right time to support early plant development and tuber bulking, is paid off by a higher revenue from more than 12% higher total yield, of a higher tuber quality.

Nitrate stimulates lateral plant growth (cytokinin formation), leading to better canopy formation as was observed in this trial. Early row closure is important to provide shade to the rootzone. This reduces evaporation of water from the soil in the ridges, protecting the developing tubers from drought, and additionally helps with the control of weeds.

It is important to communicate on the benefit of potassium nitrate to provide potassium together with nitrate nitrogen in root zone,  leading to a synergistic effect on uptake of cations, faster root and canopy development, and a better tuber filling. Showing these benefits in the local agricultural practice is very rewarding. Especially for the North of Europe, an early supply of nitric nitrogen is important due to the colder conditions in spring, when nitrification soil lo siguiente: of ammonium or urea-based nitrogen fertilizers by soil bacteria is slow. The application of nitrate nitrogen as the more efficient nitrogen source for plant uptake compared to ammonium and urea based nitrogen sources, allows to apply less nitrogen per hectare. By the lower levels of residual nitrate and more yield per unit of nitrogen applied, this gives not only better economical results but also reduces the environmental impact.

Poland ranks third in the list of potato-producing countries in the EU, after Germany and France. Statistics show a shift from production for the domestic fresh market, to production of potatoes for starch and processed foods (e.g. frozen fries and chips). This is a consequence of the dynamic development of food industry in Poland, and changing consumer preference, reducing the amount of fresh potatoes locally consumed per capita.

The farmers aim to increase the average tuber production per ha, which on a country average of less than 30 MT/ha – including fresh market potato - is lower compared to top-producing EU countries. The Netherlands, Belgium or Germany, produce on average more than 46 MT/ha. Besides phytosanitary concerns, the main challenge is drought, as most of the Polish farmers do not irrigate the crop.

A switch to cultivation from local potato varieties, to varieties developed specially for processing  into frozen fried potato-products requires development of fertilization programs to match the high expected yield, tuber size class and corresponding nutrient demand of these crops.

Despite increasing awareness on the negative impact of excess chloride application on potato production, KCl remains a dominant K-source in Western-Central-Eastern Europe. The cost of KCl is relatively low and the prevailing belief is that the negative impact of chloride on yield and quality is alleviated by applying KCl before the wet winter so that chloride can be washed out during winter months. SQM’s global experience with the use of potassium nitrate in Qrop® K PluS and Qrop® mix to increase the NO3:NH4 ratio, lower the total N:K2O ratio and reduce the amount of chloride applied to the crop, was translated to the Polish agricultural practice.

A trial was set up in the south-east of Poland, in collaboration with Polish input experts of the Polboto company and an international buyer of ware potatoes (Figure 1). The SQM programme was tested against the local farm practice. The aim was to evaluate yield improvement by reduction of chloride application with KCl after winter, and increase of total K2O applied in spring and summer with KNO3.

A local farm practice treatment was compared to treatment based on two Qrop® products: Qrop® K PluS 12-0-46 and Qrop® mix Development 20-10-16+3CaO+2MgO. Both the local farm practice and the  SQM treatments were applied on fields with similar soil characteristics and homogenous growing conditions. The surface of both fields was 6 ha each. The crop development during the season was monitored with pre-harvest assessments on tuber number from 1 linear meter on two dates. Total yield was determined on a surface of 0,9 ha from each field, and tuber size grading was evaluated on twice replicated 2,25 linear meter samples close to harvest according to a standard industry protocol.

The nutrient programmes are described in Table 1. The farmer does not apply potassium chloride after February, in fear of chloride toxicity. The main improvement aimed for with the application of Qrop® K PluS and Qrop® mix was to split potassium applications without adding chloride, just before planting and during the tuber bulking. The extra applications of potassium improved the ratio of total N:K2O in favour of potassium compared to farm practice.  Qrop® mix provided more potassium and readily available nitric nitrogen in the vegetative stage, with additional benefit of phosphorus and calcium. Qrop® K PluS enabled an application of potassium and nitric-nitrogen to meet the crop demand at the tuber bulking stage.

A faster, early stage canopy development was observed in the crop after transplant, end of May. This allowed the plants to produce more tubers. A faster formation of tubers in June was observed in the Qrop® treatment, resulting in 17% more tubers per linear meter at the pre-harvest assessment in August. (Table 2, Figures 2 & 3)

These tubers were also well filled: Table 3 shows an  increased percentage of tubers in the size classes >40 mm for the Qrop® treatment, and together with the higher number of tubers per plant, this resulted in a total yield increase of 6 MT/ha, 12% improvement over the farmers practice.

A selection of marketable tubers was packed in 3x10 kg net bags. These were weighed and stored for 2 months after harvest in a well ventilated storage bin without climate control, and weight loss after storage was determined. The weight loss during storage was twice as high in the farm practice compared to the Qrop®-treated potatoes. When the difference in weight loss is taken into account, the total gain in yield of marketable tubers was 7 MT/ha, +17%.

At a modest market price of 125 euro/MT, the required yield to break even on the investment in high performance fertilizers is 2 MT/ha, or 4% over the currently achieved yield in farm practice. In this trial the benefit in yield was three times the break-even-point, and net income was more than doubled by applications of Qrop®, compared to the farm practice (Table 3).

For this trial, an exceptionally dry period during early plant development (8 mm of rain during April, compared to an historical average of 38 mm) may have emphasized the importance of facilitated uptake of K, Ca and water, in synergy with nitrate in the early crop development (Figure 4). Also, the application of KCl in February with the farm practice, could have impaired carbohydrate production during the tuber development in the control treatment. This potentially harmful effect was avoided by application of Qrop® mix, which does not contain KCl. The lower loss of tuber weight during storage, related to a better tuber and skin quality may also be attributed to better K and Ca levels in the tubers.

Table 1. Application of fertilizers and nutrients before planting and during crop development. Urea-AN = solution of Urea and ammonium nitrate 32% N + nitrification inhibitor. 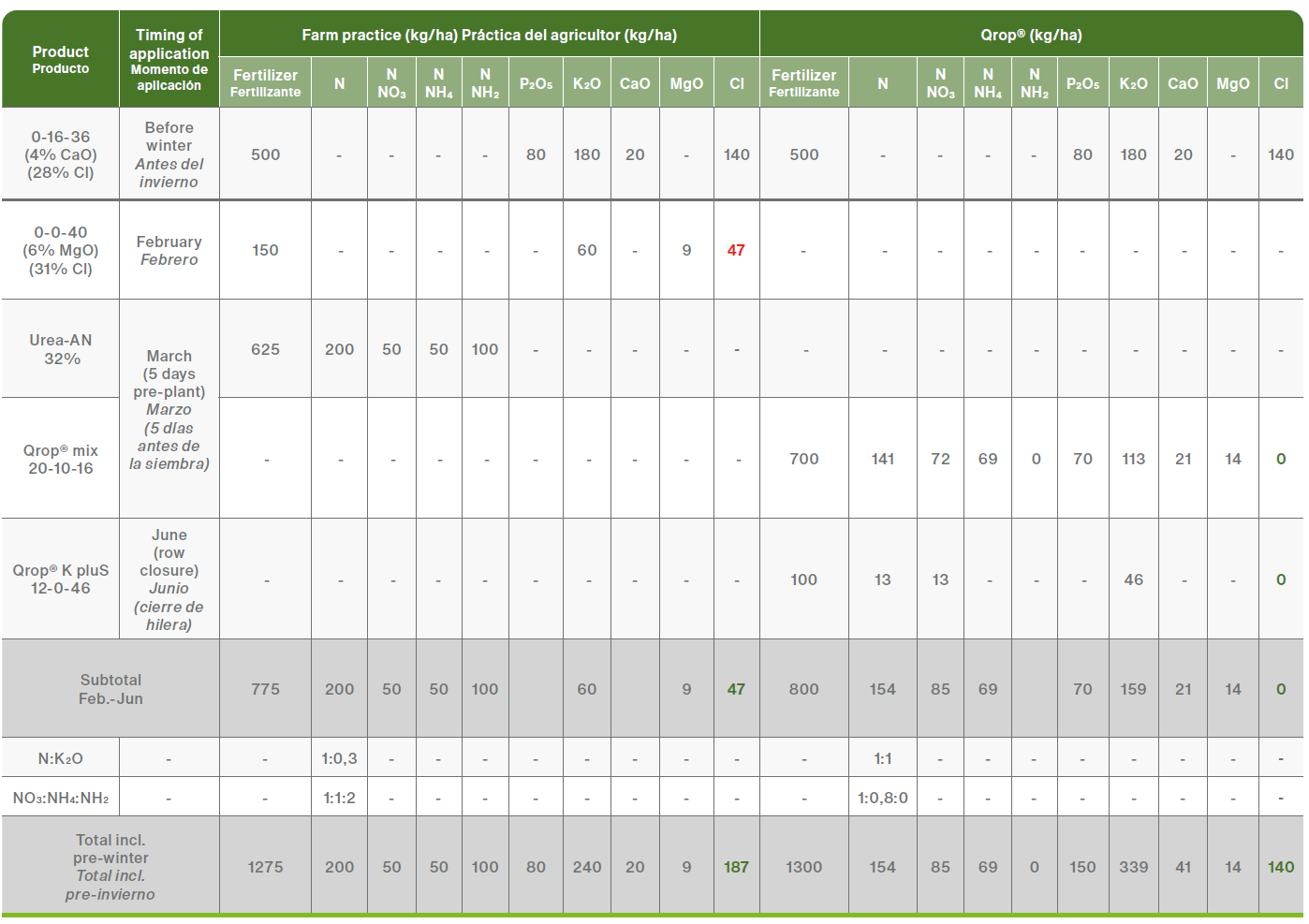 Figure 3. A greater number of tubers and a better size sorting with Qrop® K Plus visible in a  1 linear meter pre-harvest assessment 13 August 2020.

Table 3. Harvest assessment in September (156 days after planting): Total yield, tuber grades and percentage weight loss after 2 months of storage and financial analyses. A total cost of 4900 €/ha exclusive of fertilizer cost was assumed to be equal between the treatments.

Figure 4. An overview of the trial field in May, shows the prevalent dry conditions during early crop development.

On a global scale, SQM has shown that application of prilled potassium nitrate in Qrop® facilitates improvement of potato yields, both in quantity and in quality. The use of Qrop® mix formulas in Europe should be advocated, for its improved balance between nutrients and highly efficient nutrient sources. The formula is based on directly plant-available potassium and nitrogen, without chloride but with additional nutrients to meet the crop demand. This results in better yield and quality in a crop, and additionally helps to improve root-zone soil conditions and the crop’s resilience to drought.