The benefit of providing Ultrasol®ine K Plus – potassium nitrate with iodine – was demonstrated in three comparable production locations of fertigated, soil grown mini-cucumber, cultivated in tunnels in hot, arid climates. One location was in Turkey and the other two in Saudi Arabia. In sectors where Ultrasol®ine K Plus was applied, more fruits were harvested, and – more importantly – an improvement in the proportion of the highest value quality fruits was reported. The benefit of Ultrasol®ine K Plus was compared to sectors with the same variety of cucumber of the same planting date, but fertigated with potassium nitrate without iodine. In all three cases, the growers reported a reduction of misshaped fruits and better crop condition when iodine was provided to the crop as a micro-nutrient. Besides the better fruit quality, growers noticed a darker green leaf color, less wilting of leaves in mid-day, thicker stems and more or earlier flowers in the tunnels where Ultrasol®ine was used. Malformed or misshapen cucumber fruits can be attributed to stress in the plant at time of flowering and fruit set. Iodine is known to have a positive effect on anti-oxidant production of the plant in both leaves and roots, enabling the plant to access nutrients with a well-developed root system, and continue photosynthesis even under challenging conditions.

Various biochemical pathways in the plant are responsible for the resilience of a plant to overcome abiotic stress such as can be caused by adverse weather or salinity. Some of these are involved in so-called systemic acquired resistance (SAR). SAR is a “whole-plant" response that occurs following an earlier exposure to stress. This response results in the plants defense systems being armed to resist future harm. Interestingly, it has been found that the presence of iodine in the nutrient solution at the micro-molar doses, activates gene-expression in the plant in a pattern which is very similar to a pattern leading to SAR in the plant. Application of iodine as a micronutrient at the required micromolar dose is made easy by application of Ultrasol®ine K Plus as source of potassium and nitric-nitrogen in the nutrient solution. In confirmation of the gene-expression that is unique to iodine, there is evidence that the concentration of salicylic acid in the roots is higher when there is sufficient iodine available compared to an iodine-deficient plant. Salicylic acid is a signaling molecule that is important in the response of the plant to trigger its defense system.

In cucurbits like cucumber and melon, the hypothesis of iodine being important to maintain good quality of fruits under all conditions, has been confirmed by observations of growers using Ultrasol®ine K Plus. This is a good example on how fundamental science in plant physiology helps to explain observations in farmers practice. By learning from both science and practice, great steps can be taken to understand how the plant defense system works. 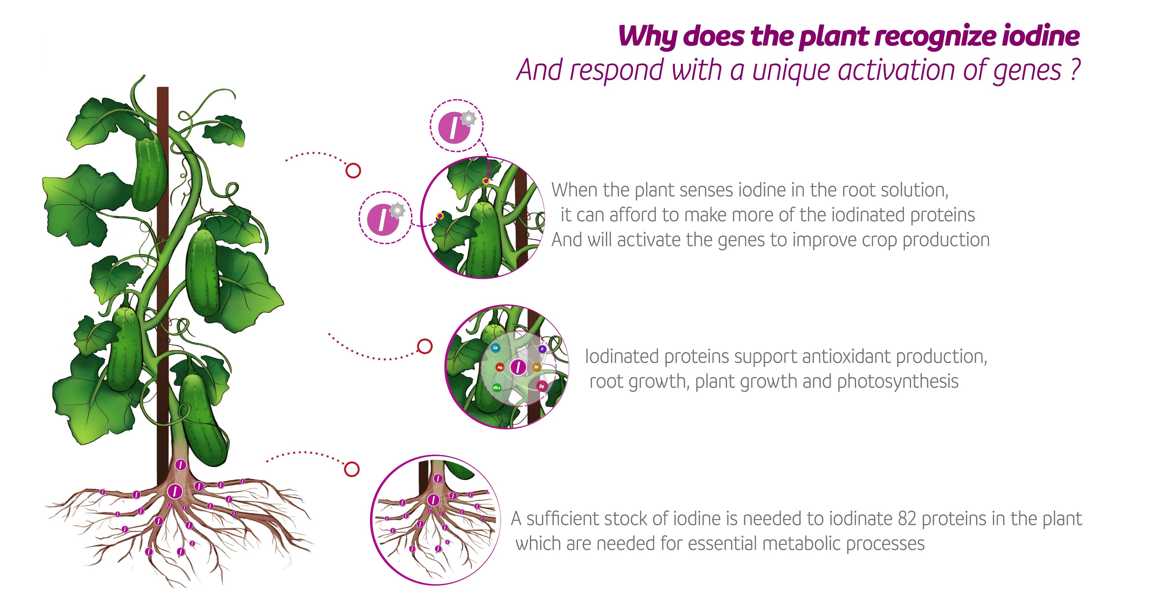 Location 1. Overview of tunnel structure and crop shortly after transplant. 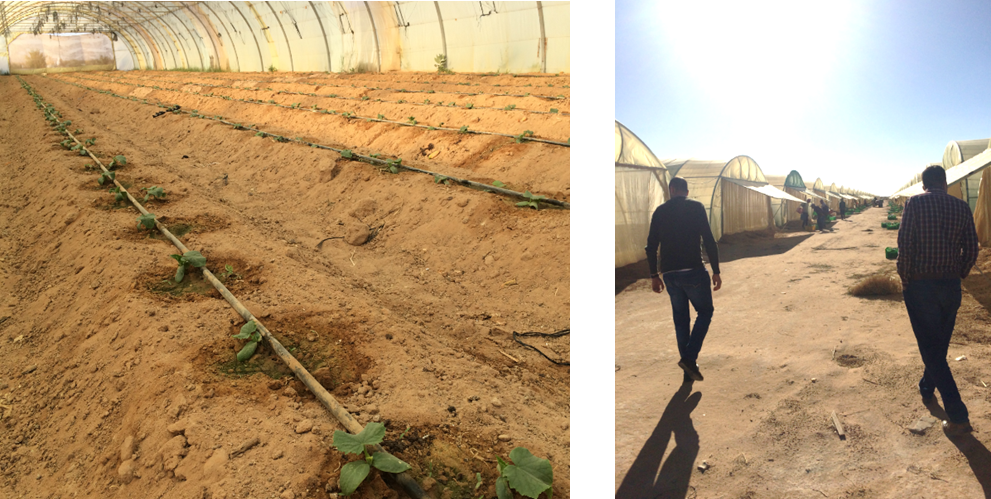 Location 2. Overview of tunnel structure and crop at transplant.