Iodine (I) should be considered a plant micronutrient. That is the main conclusion of Kiferle et al., 2021. In that paper, the presence and identity of naturally occurring iodinated proteins in higher plants, which had never been described before, was published. Eighty-two iodinated proteins have been identified that take part in important biological processes in higher plants. Similar to deficiency in any other plant nutrient, a deficiency in iodine is predicted to cause yield losses.

A controlled trial was designed with cocktail tomatoes of the variety ‘T2021 F1’ in coco dust substrate in Thailand. In a glass greenhouse, plants in pots were supplied with a balanced nutrient solution using an automated system to inject the nutrients in the drip solution from concentrated stock in tank A (calcium nitrate and iron chelated with DTPA and EDDHA) and tank B (potassium nitrate, monopotassium phosphate, magnesium sulphate and an EDTA chelated trace element mix). The plants received these nutrient solutions from the start of the crop, EC 1-1.5 was maintained until flowering. Table 1 shows the resulting composition of the drip solution, at different ECs for each crop stage after flowering. Potassium nitrate was applied at a total dose corresponding to 1100 kg KNO3/ha/crop season in a commercial cropping system.

In the control, the iodine concentration in the irrigation water and in the nutrient solution was 0.02 μmol/L; too low to provide the crop with sufficient iodine. A deficiency of iodine affects a variety of biological processes in the plant. It can negatively affect root development, flower formation and pollen quality of the flowers under high temperature. Additionally, iodine is present in enzymes which are needed for photosynthesis, and thus sugar production needed to fill the fruit.

To test the effect of addition of iodine in the nutrient solution, Ultrasol®ine K Plus was used in the test treatment, at the same rates and timing as potassium nitrate - without iodine - in the control. Thirty plants for each treatment were sown in August and transplanted to the pots 25 days later. The quality of the root system was evaluated on 5 of these seedlings 15 days after transplant. First harvest started in November, and the yield and fruit quality of 5 subsequent trusses was assessed on 20 plants per treatment.

Extra supply of iodine with Ultrasol®ine K Plus resulted in better root growth after transplant, more abundant flowering, and higher average fruit weight in these cocktail tomatoes. This can be ascribed to the prevention of iodine deficiency in the plants by ensuring an adequate amount of iodine in the nutrient solution with use of Ultrasol®ine K Plus.

Table 1. The composition of the nutrient solution that was applied daily at 2 L/plant/day, with drip in coconut dust substrate in 5 L pots. EC 1-1.5 mS/cm was maintained from sowing until flowering 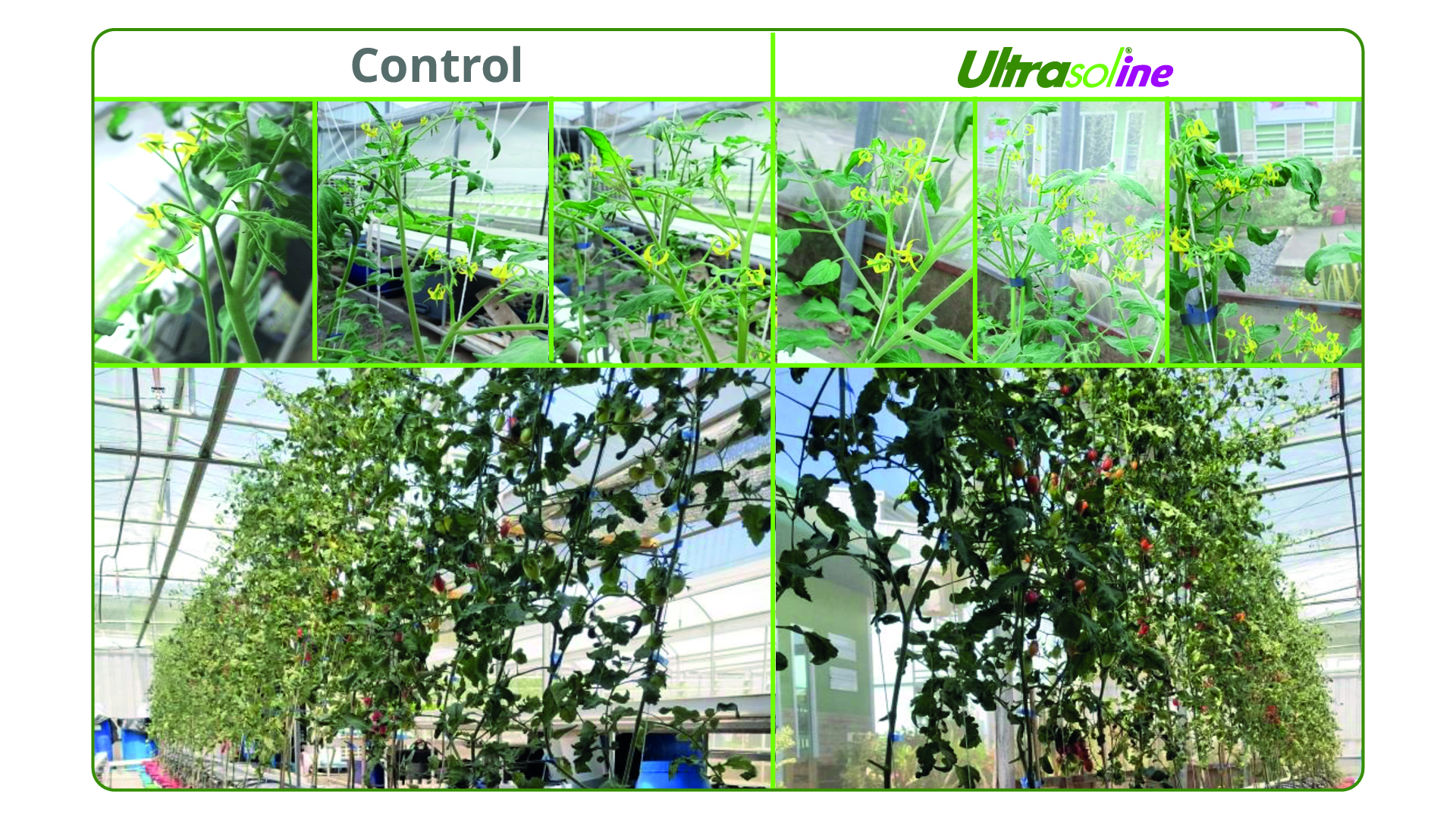 Figure 2. More abundant flowering and fruit set in the Ultrasol®ine K Plus treatment. These pictures were taken 63 DAS of the flowers, 100 DAS for fruit set.