Almonds are a highly valuable and profitable crop for Californian farmers. However, it is not easy to maintain high yielding crops that bring in premium, high quality harvests and steady pricing. One of the farmer’s major challenges is proper nutrition, especially the critical nutrient of Potassium (K). In addition, growers are faced with shortages of water, government imposed restrictions to prevent nitrogen waste, and increasing salinity levels in both water and soil. Choosing the proper K fertiliser source that maximises water and nutrient use efficiency, minimizes salinity build-up, and yet continues to enhance both yield and quality is vital. In a recent trial, the use of Ultrasol® K (potassium nitrate) in the fertigation clearly demonstrated to have a benefit for the grower, combined with fan jet irrigation.

This trial in California - coordinated by UC Davis - took place over a period of 4 years, 2011-2014. The project was sponsored by PNA, aiming to find a solution for the challenges faced by almond growers, by considering the 4 R’s (rate-place-time-source) of fertilisation practice. Yield response to four K-sources was compared: Potassium sulphate (SOP), potassium thiosulphate, potassium chloride (KCl), and Ultrasol® K (potassium nitrate) (KNO3). Additionally the relative amounts of two nitrogen sources were varied: UAN (32%N solution of 1:1 Urea and Ammonium-Nitrate) and KNO3 (as a source of nitrate as well as potassium) (Table 1).

The two most important irrigation strategies in Californian almond are drip irrigation and fan jet irrigation, and a majority of growers are providing N and K fertilisers by injecting water soluble fertiliser in the irrigation water. To achieve ideal nutrient uptake and plant response, it is critical that nutrients provided through fertigation remain in the root zone with minimum loss to the deeper soil layers. To provide growers with guidance on optimal application, two irrigation methods and two nutrient application schedules were also included in the trial.

The eight nutrient programs were applied either by drip irrigation or by micro jet (fan jet sprinklers) irrigation, and the nutrients were provided in either 4 fertigation events or in every irrigation event (Table 1). 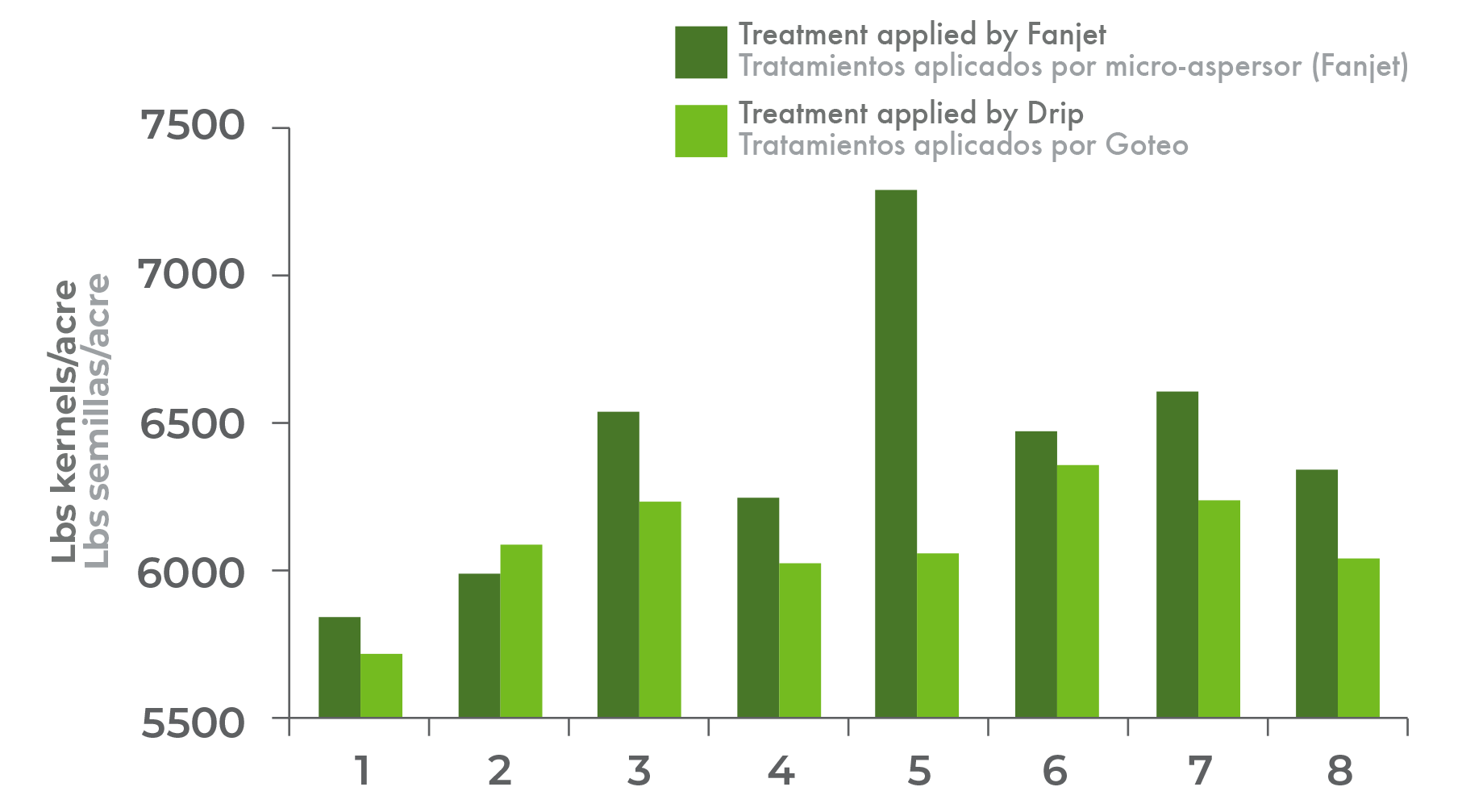 Figure 1. Cumulative kernel yield over three years (2012-2014) in the almond orchard at Paramount Farms- Belridge, CA. Comparison between treatments applied with fanjet irrigation and the same treatments applied through drip irrigation. To provide an accurate measure of the yield response to the treatments, the first year (2011) of trial establishment and tree standardization was excluded. The three year average is brought down by a very low yield also in adjacent blocks in 2012. In 2013 and 2014 normal yields were realized (3000-4000 lb/ac).

Jet irrigated trees outperformed drip irrigated trees under almost all treatments and fertiliser sources (Figure 1): the yield benefit of the fan jet application averaged a modest 2-6%, with exception of the combination of SOP and Ultrasol® K (potassium nitrate) (Trt 5), in which yields exceeded drip irrigation by 17%. In drip-irrigated trees the K measured in the leaf tissue in the years three and four, was significantly lower (0,4%) than leaf-K of trees with fan jet irrigation, irrespective of K source.

It was demonstrated that continuous fertigation is a viable fertilisation strategy compared to periodic fertigation. When managed correctly, continuous fertigation will reduce the risk of deep nitrate leaching and provides greater flexibility to adjust fertiliser rates in-season. This offers greater control of nitrate loss and improves nitrogen management, a benefit given the increasingly stringent requirements to minimise nitrate leaching in Californian agriculture. The total N removal was maximal with 73 lb N/1000 lb kernel yield for the highest yielding treatment (Trt 5) under continuous fan jet irrigation. This was a consequence of both higher yield, and higher N content of the harvested fruit.

Figure 2a y 2b. Preparing the orchard for irrigation, with double line drip (8 emitters per tree) or fan jet sprinklers with an 8 foot diameter throw (2 per tree). All treatments received 48-52 inches of irrigation scheduled according to evapotranspiration measured on site.

In conclusion, the following 4 R’s of almond fertigation can be distilled from on the outcome of these trials: 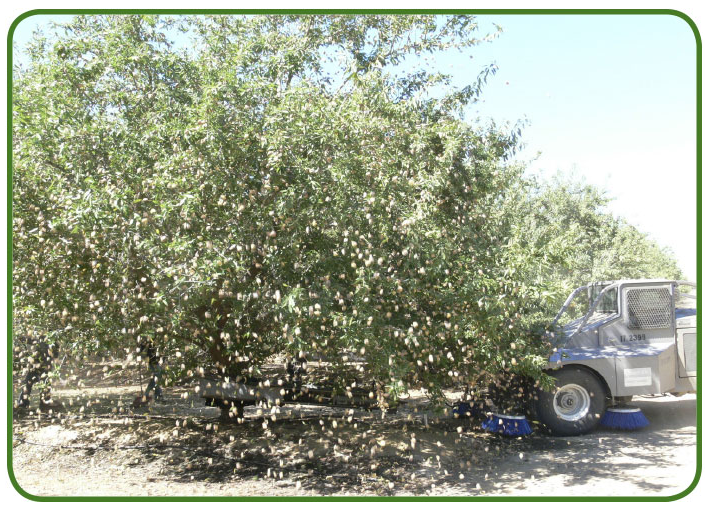 Figure 3. Harvest, almonds are shaken from the trees.

Get to know potassium nitrate in almond nutrient management