Plant nutrition can affect nematode development indirectly by improving growth. The effect of various ratios of NH4+/NO3- in the nutrient solution on parasitism by the root-knot nematode Meloidogyne javanica was studied in a greenhouse in Israel. Tomato plants were grown in a hydroponic system with sand, either in plastic 0,75 L pots or in 50 L containers, fertigated with Hoagland solution in which the nitrogen was introduced as one of the three ratios of NH4+/NO3- : 100/0, 50/50 or 0/100. Seedlings were inoculated with M. javanica 14 days after transplant and one and two months after inoculation plant samples were taken for assessment of plant biomass, leaf and root content of N, P and K and the nematode infection degree.

During the second month conspicuous differences in N, P and K content were seen between nematode-free and inoculated plants, particularly marked in the nitrate treatment: nematode-free plants had higher concentration of these elements in the top of the plants, inoculated plants showed higher concentrations in the roots. Tissue parasitized by root-knot nematodes may function as a metabolic sink, and this may explain accumulation of potassium within the galls induced by nematodes, since potassium accompanies carbohydrate anions from shoots to roots.

The results indicate that there is no difference in plant resistance to nematode attack between NH4+ and NO3- N-nutrient forms. However, a remarkable increase in tolerance to root-knot nematode damage in plants receiving nitrate nutrition was evident. This can be explained by the interrelationship between N-source in the nutrition and carbohydrate metabolism: Carbohydrates are required to prevent toxic accumulation in the roots of free ammonium for plants fed with NH4+ and this mechanism can only function satisfactorily when carbohydrate supply is adequate: metabolic energy that would otherwise be used for protein or cell wall synthesis is utilized in an unproductive manner when the only supply of N is NH4+.This can explain why plants fertilised with NO3- could develop better, despite nematode infection. 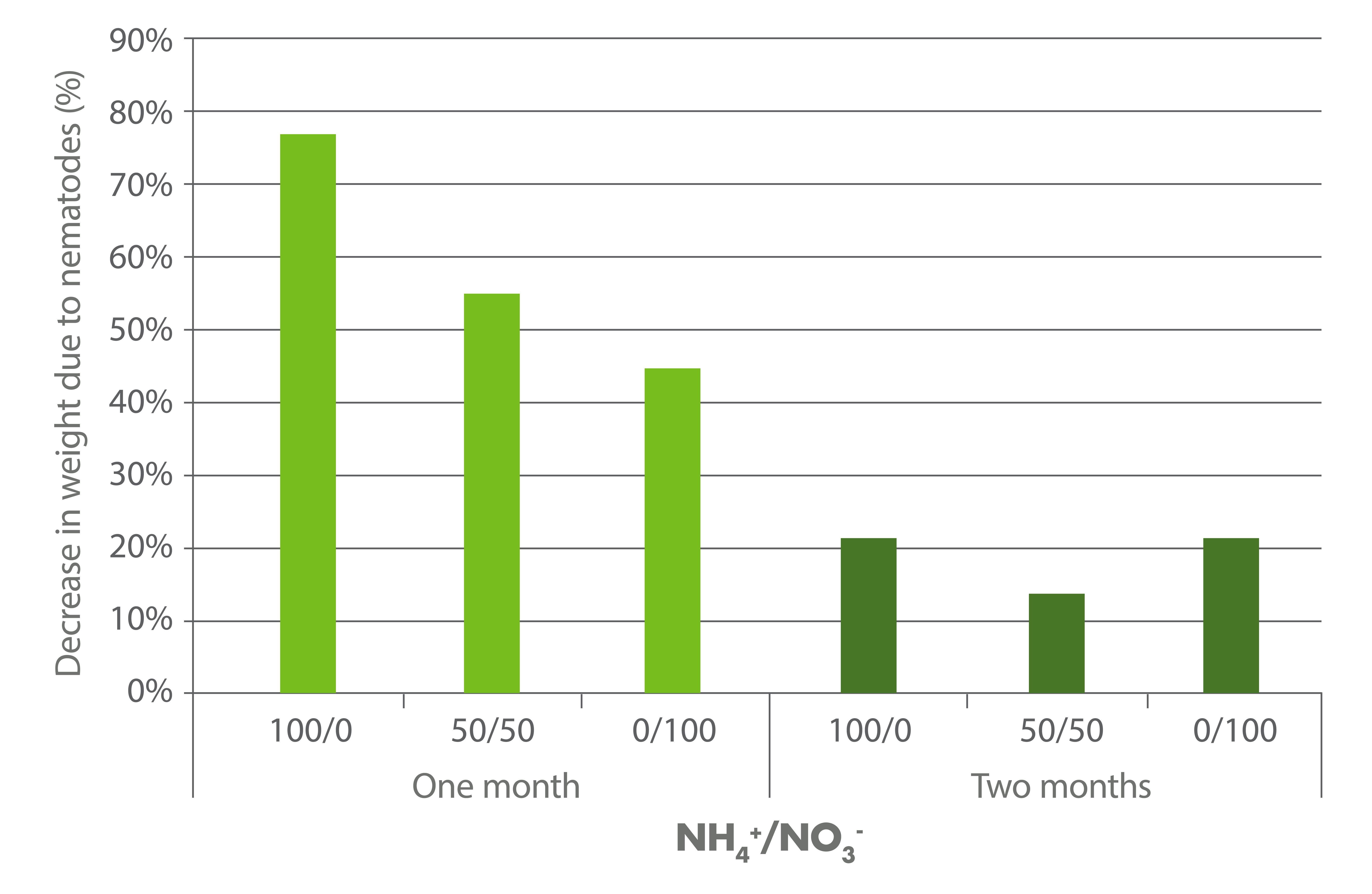 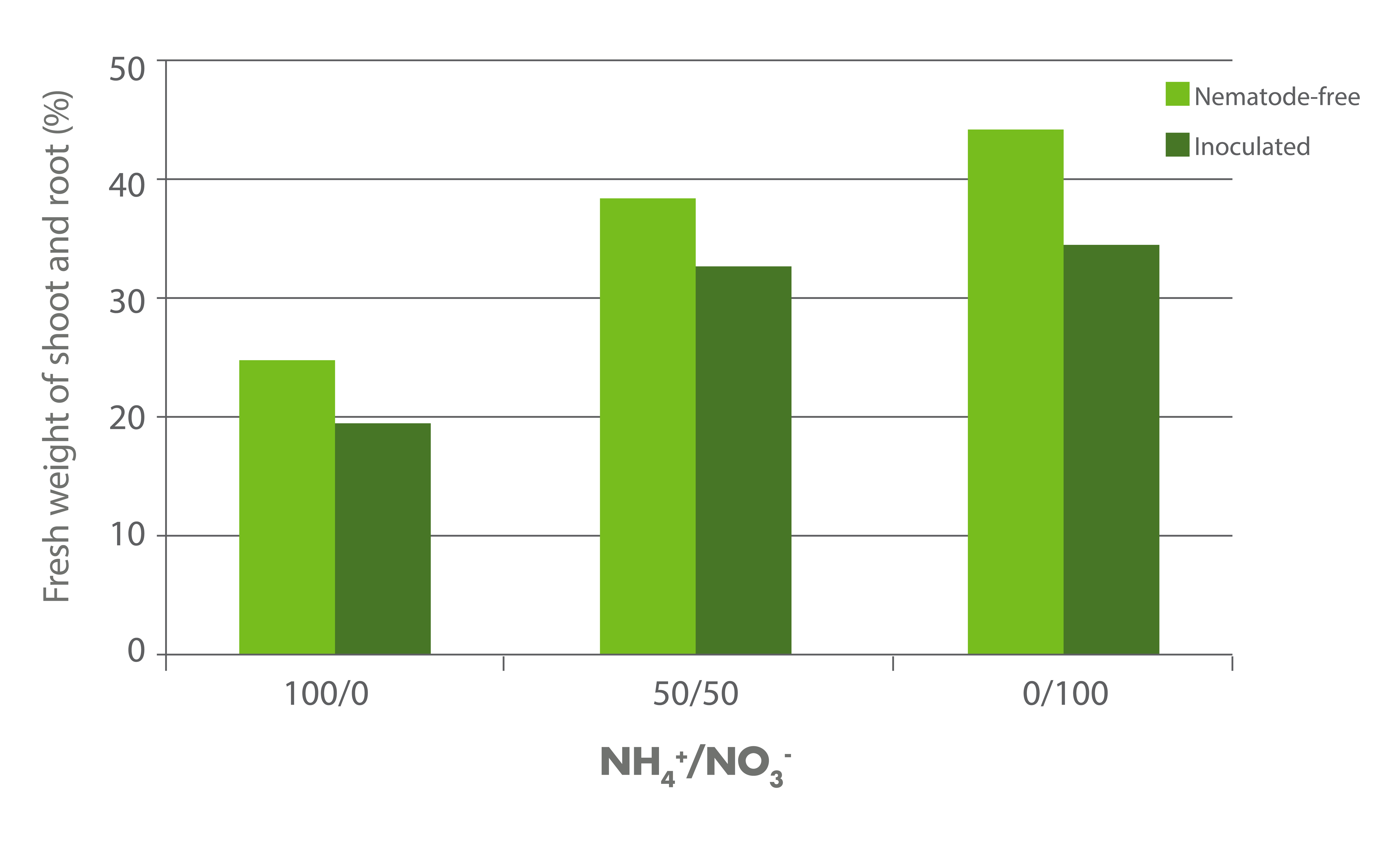 Spiegel, Y., E. Cohn and U. Kafkafi 1982. The influence of ammonium and nitrate nutrition of tomato plants on parasitism by the root-knot nematode. Phytoparasitica 10: 33-40.