Previously published research leaves no doubt that potassium nitrate is the preferred K-source to improve fruit set and fruit development in citrus, by foliar applications of potassium nitrate. This has been proved in many trials, as can be seen from at least 17 publications on this topic. Additionally potassium nitrate is known to increase the plant’s resistance towards diseases (Holwerda & Carruth, 2010).

HLB (HuangLongBing, or Citrus Greening Disease) is a bacterial disease that causes large economic damage and is one of the main threats to citrus growing countries in the world. It was first confirmed in Florida in 2005 and had spread to all citrus producing counties by 2009.

The putative culprit, a pathogenic bacterium (Candidatus Liberibacter asiaticus), can move so rapidly because it is vectored by citrus psyllids and because of the delay between infection and display of symptoms. Infected trees can remain undetected for several years without expressing symptoms, but functioning effectively as a source of inoculum. Once active, the bacteria colonize the vascular system of the tree, causing a steep decline in productivity and eventually the tree dies within a couple of years. Affected trees show HLB symptomatic leaves throughout the year and become visibly yellow and chlorotic during the fall and winter. HLB blotchy mottle leaf symptoms resemble micronutrient deficiencies. So far, there is no cure for citrus greening disease.

In 2008, a trial was established by the University of Florida (IFAS/ SWFREC) in their heavily HLB-infested orchard in Immokalee. Objective was to confirm spectacular results obtained with a cocktail of nutrients and biostimulants by a grower in southwest Florida, Maury Boyd, and to identify the efficacy of separate components in the cocktail: KNO3, macronutrients (3-18-20), micronutrients (Mn, Zn, Mo, B) and a selection of products inducing systemic acquired resistance (SAR) to stress (Phosphorous acid (H3PO3), Salicylic acid and/or Bacillus subtilis).

KNO3 was applied stand-alone or in combination with other components. All treatments containing KNO3 doubled the yield compared to the control. Although there were some mixes that added to the yield more than straight KNO3, it was concluded that a stand-alone application of KNO3 earned the highest net gains when costs of the whole nutritional program were considered. Straight KNO3 or Maury Boyd’s nutrient cocktail comprising KNO3 enabled the plant to produce new phloem (the plant’s nutrient carrying vascular tissue) to compensate for veins infested with HLB, and to remain mostly free of HLB disease symptoms. This translated into larger yields and grower’s income, compared to trees that did not receive KNO3-containing nutrient sprays.

Table 1. Net gain in yield and income for grower relative to the growers standard before HLB infection. The net income gain is derived by subtraction of the added costs for the treatments from the added revenue calculated from the yield gain, using the following assumptions: 150 trees/acre; 5,6 pound solids per box; $1,70 per pound solids delivered in-price; $3,00 per box to harvest and haul. 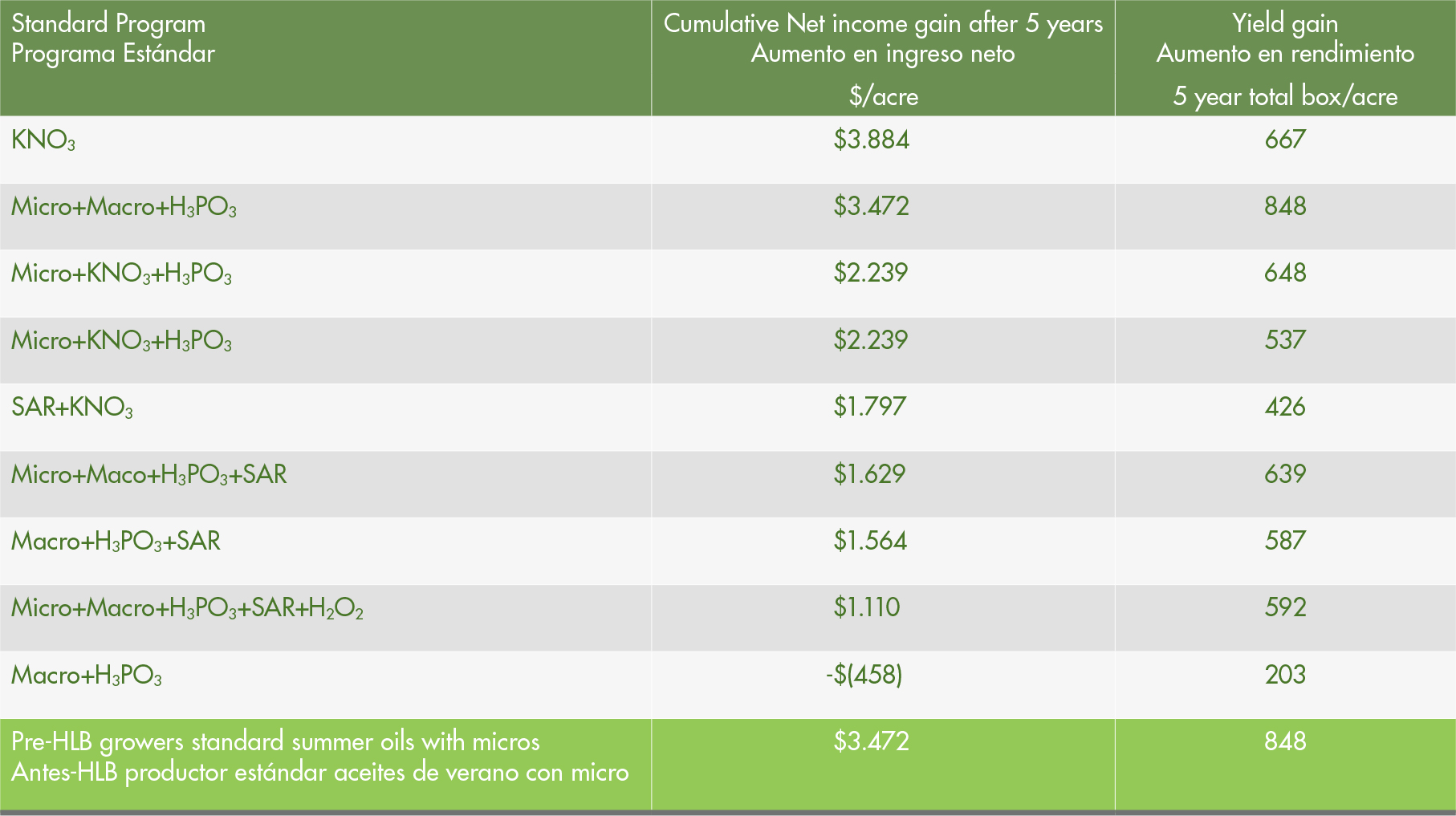 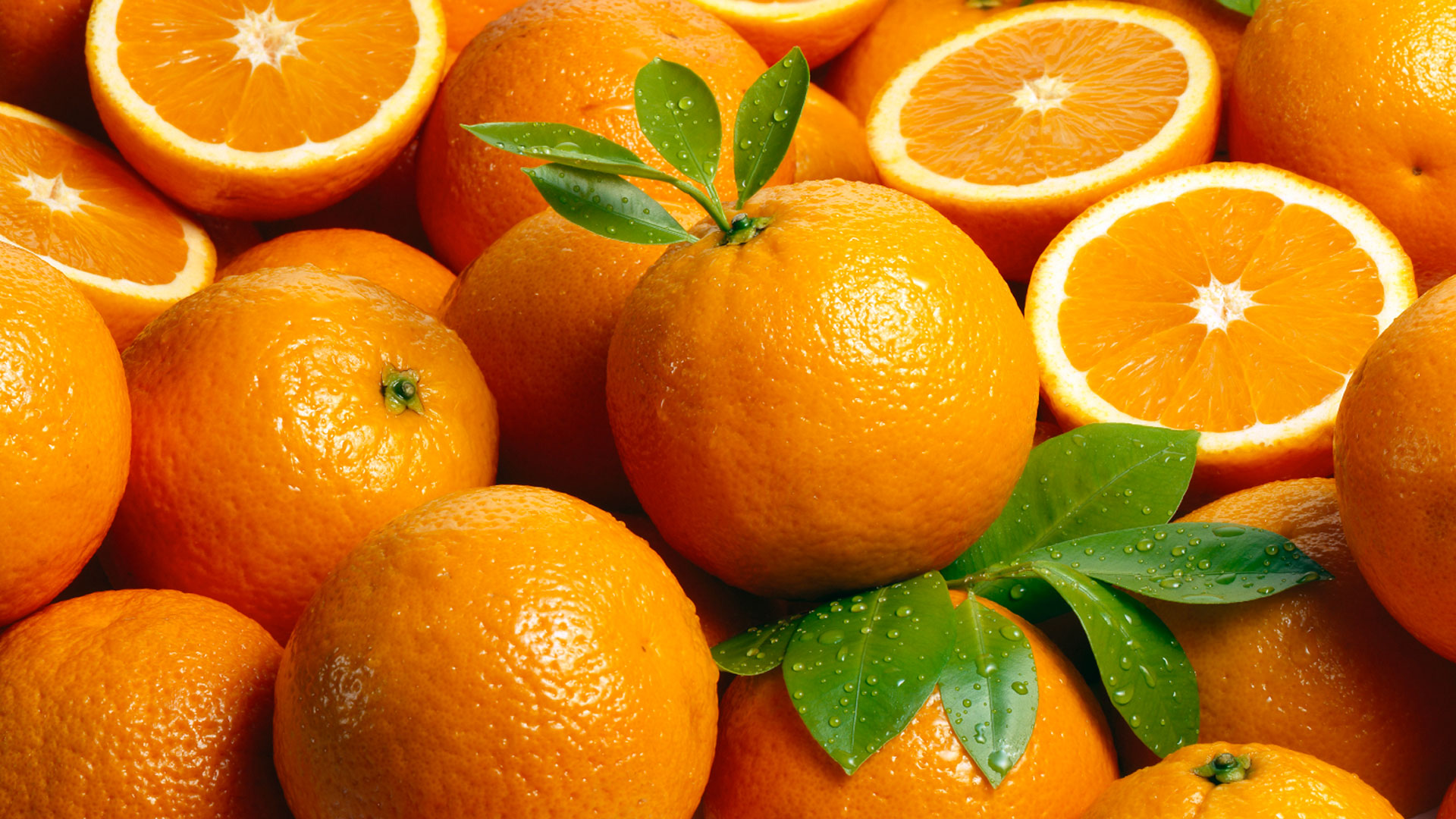