Five sources of potassium for foliar fertilization were compared in this study. Dose rates of N and K applied were equivalent to 11,2 kg KNO3/ha in 93 liters of solution/ha. For the control and other treatments than KNO3 1,5 kg N/ha as urea was applied to equal the N rate supplied by the KNO3 treatment. In total 5 sprays were applied at 2, 4, 6, 7 and 8 weeks after the start of flowering. The KNO3 treatment resulted in the greatest lint yield (Figure 1). 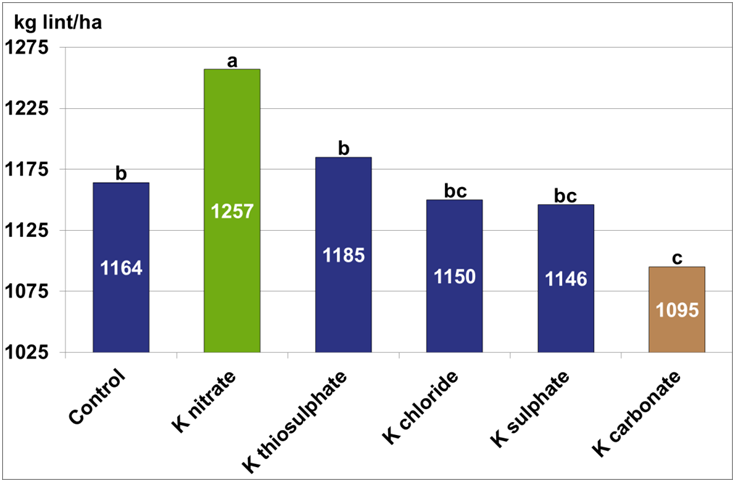