The yield of pecan (Carya illionensis Koch) trees can be severely reduced in subtropical regions by inadequate chilling which may delay normal blooming. Therefore the effect of some chemical treatments on opening of different bud types, the date and percentage of full bloomed flowers (female and male) and fruit set was studied. The study was carried out on trees of five pecan cultivars (Cherokee, Desirable, Choctaw, Graking and Cape Fear) grown in the orchard of Kaha Research Station in Egypt. Potassium nitrate 5%, hydrogen cyanamide “Dormex” 3%, urea 10% and water (control) were applied to one-year-old shoots in 2006 and 2007, 4 weeks before normal bud break (1stFebruary). Potassium nitrate and hydrogen cyanamide treatments resulted in the highest percentage of blooming flowers (Figure 1) and two weeks earlier opening of female flowers as compared to the control. Potassium nitrate was more effective in stimulating bloom of male flowers compared to all other treatments. Application of potassium nitrate or Dormex synchronized time of full bloom of male and female flowers within each cultivar in the two seasons. All treatments significantly stimulated the initial and final fruit set percentage compared to the control. Potassium nitrate and Dormex were greatly effective for increasing the initial and final fruit set percentage; meanwhile, application of urea had the least significant stimulative effect. The results of this study might be applicable to pecan growing regions with a mild winter. 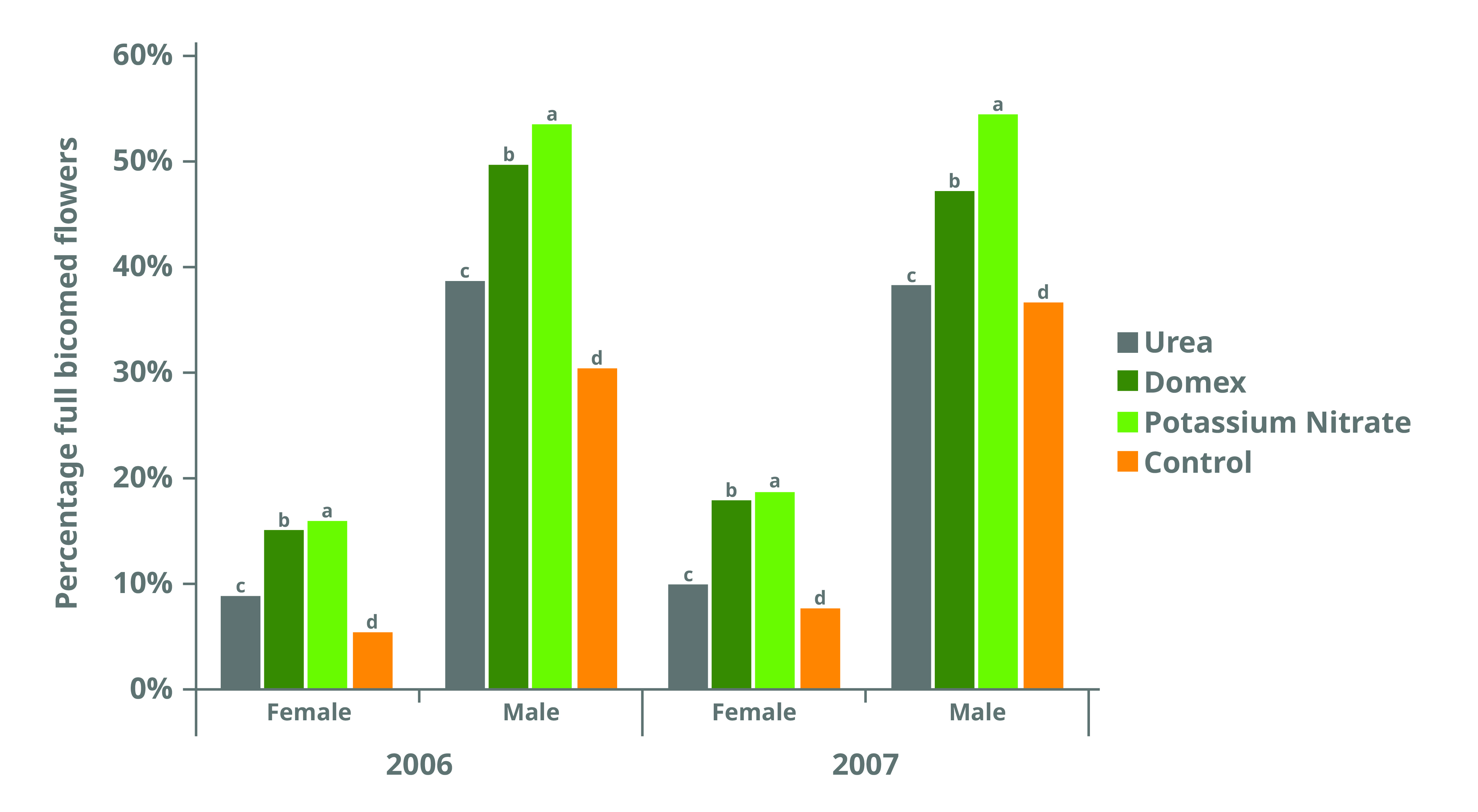 Figure 1. Average effect of different treatments on the percentage full bloomed female and male flowers of pecan. Means with different letters within each group of columns were significantly different at L.S.D. 0,05.