In coffee, water-soluble NPKs replaced granular NPKs at half the applied dose rate

To assess the yield response of the coffee plant to different granular and water-soluble NPK sources and in reduced doses, a field trial was carried out at the Finca Cafetalera Hamburgo, located in Tapachula, Chiapas Estate, Mexico.

The coffee variety was Catuai, coffee renewal 2009, with a density of 3.600 plants/ha. The actual treatments are described in Table 1. Regarding Table 1, it is important to know that the indicated dose per treatment was split up in 2 equal parts: 50% at initial fruit growth (25th May ) and 50% at fruit filling (17th August). 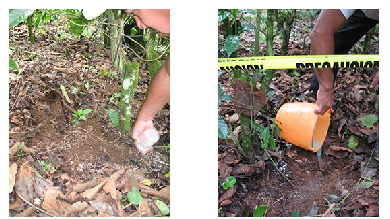 The treatments were applied manually in accordance with the standard practices at the farm. The treatments T1 and T2 consisted of granular fertilisers (Fig. 1); T3, T4 and T5 were performed with water-soluble fertilisers (Fig. 2). The fertiliser variants under study implied 5 treatments which were arranged in a completely randomized design with 10 repetitions each; the plant being the experimental unit. There were 3 hand-picked fruit harvests, the first on 18th November 2011, the second on 19th December 2011 and the third on 18th January 2012. 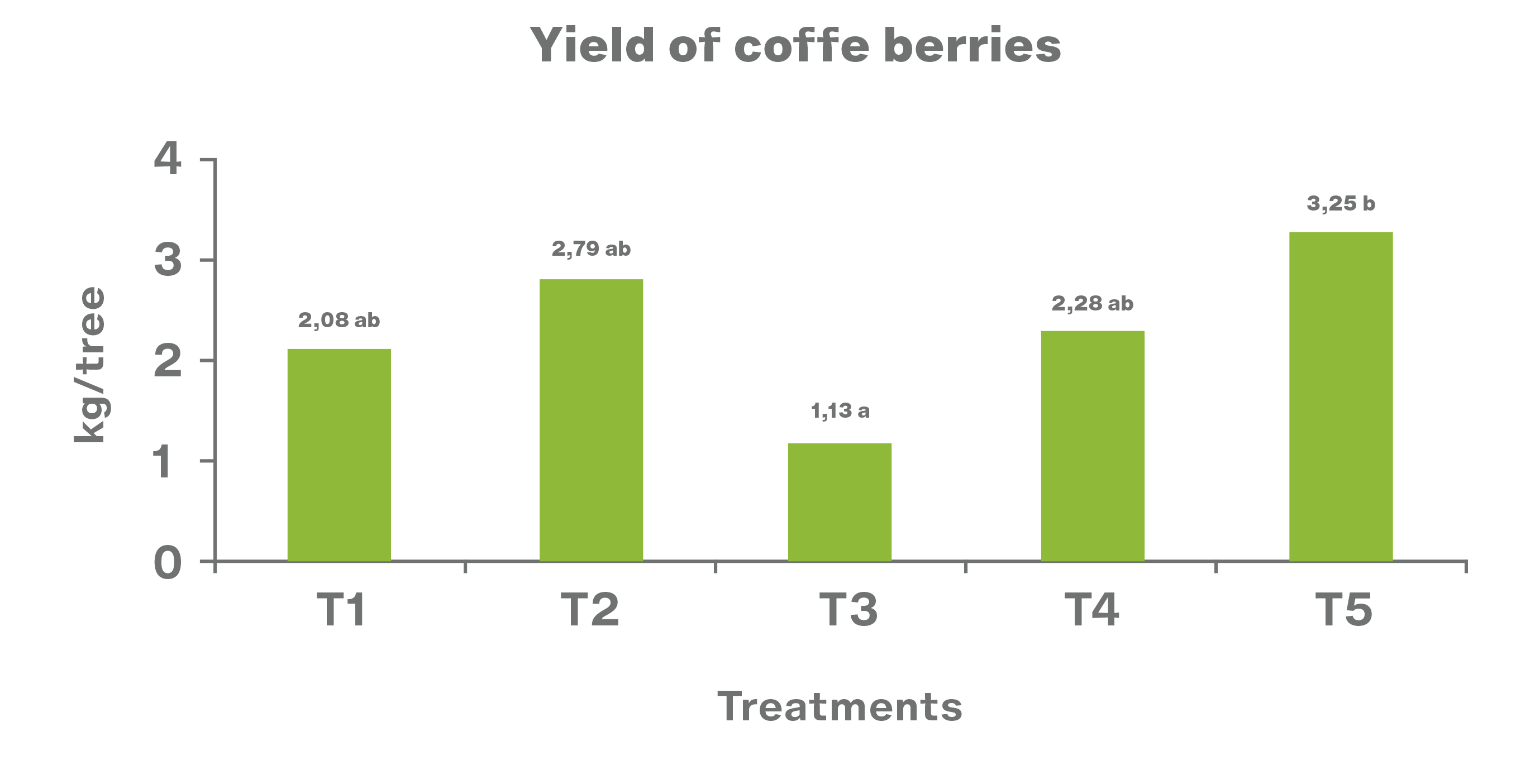 The fruit yield for every treatment (Fig. 3) was analyzed according to the ANOVA test and the differences between the means using the LSD test. There were only significant differences (P = 0,05) found between the treatments T3 and T5. Despite the above, it should be noted that T5 produced the highest yield, taking into account that only 50% of the N-P-K-Ca and Mg units were applied, compared to 100% in T1, T2 and T3. On the other hand, it is also important to mention that T3 was seriously affected by the disease “coffee leaf spot” (Mycena citricolor), which decreased the yield of T3.

• The application of water-soluble fertilisers allows to obtain an adequate crop yield response.

• It is possible to reduce by 50% the units N-P-K-Ca-Mg by using water-soluble fertilisers and to obtain higher yields compared to the traditional formula (T1) used on the farm.