The effect on fruit retention, fruit size, tree yield, and fruit quality of inflorescence applications of KNO3 to mango trees was investigated during two experiments in South Africa. Sprays at 2% or 4% were applied once during full bloom or twice during the active development of the inflorescences and subsequently during full bloom. The first experiment was conducted with eight-year-old ‘Tommy Atkins’ trees in Constantia, South Africa. Linear increases in number of fruits retained and tree yield were apparently associated with the increase in concentration of KNO3applied (Table 1). Moreover, these increases were apparently associated with a linear reduction in average fruit weight.

In the second experiment three mango (‘Tommy Atkins’, ‘Heidi’ and ‘Kent’) cultivars were studied. The two- to three-year-old mango trees of uniform size and stage of flowering were grown at Mariepskop Estate, South Africa. In ‘Tommy Atkins’, the greatest increase in fruit retention and consequently yield (+69%) occurred following one spray at 4% KNO3 compared to the control. In ‘Heidi’, two sprays at 4% each gave rise to the greatest yield increase (+400%), and in ‘Kent’, two sprays at 2% each increased fruit retention and yield (+60%) the most compared to the untreated control (Figure 1). 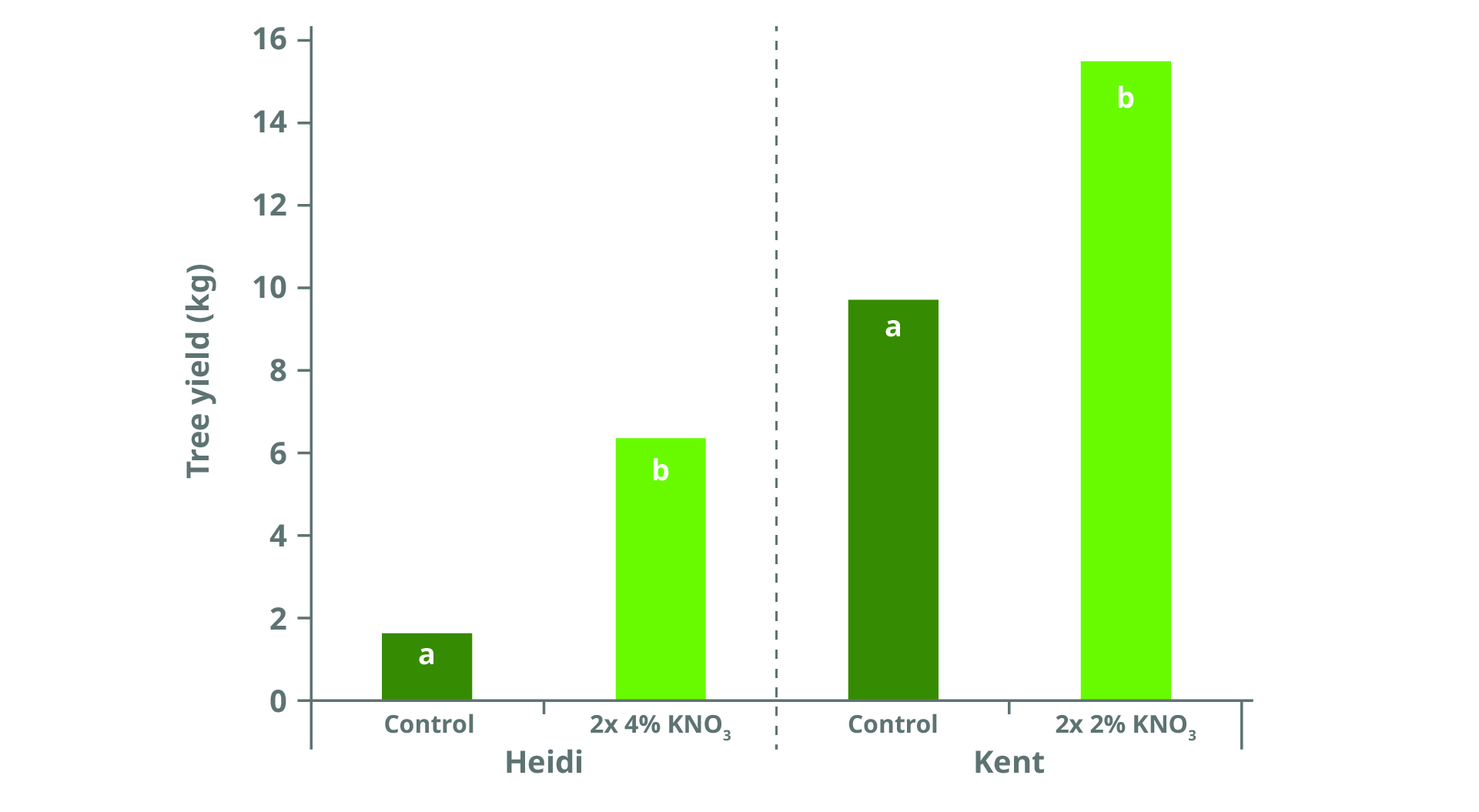 Increases in fruit retention and tree yield occurred by foliar potassium nitrate application despite all the trees received adequate soil fertilizers. Spraying KNO3 during flowering resulted not in a reduction in fruit size, although fruit retention and yield were increased. There was no apparent effect of the KNO3 sprays on fruit quality (ground skin colouration, total soluble solids content, pH, or taste on ripening). 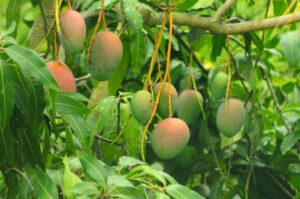 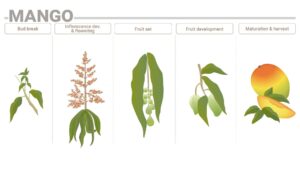