In Mexico, tomato seedlings are propagated in greenhouses before transplant in open field tomato cultivation. Most of the substrates used during propagation do not contain sufficient quantities of nutrients to fulfill the seedlings requirement for optimal development. In this study the objective was to evaluate the effect of nitrogen form in this cultivation, since it is known from literature that replacement of a small proportion of the nitrate-nitrogen by ammonium can improve plant growth. Additionally the effect of increasing potassium rate was studied, as potassium is the second major element needed by tomato plants and may alleviate potentially negative effects of ammonium in the nutrient solution. In a completely randomized, factorial design, the effect on four proportions of NO3- /NH4+ /urea and two concentrations of potassium in the nutrient solution on seedling growth and mineral composition of the plants were evaluated.

Seeds were sown in polystyrene containers with 30 cm3 holes filled with 1:1 turf vermiculite mixture, and nutrient solutions were applied directly with germination of the seeds till the end of the experiment 46 days after sowing. The rate of nutrients was increased in steps every 10 days from 50% to 75%, till reaching 100% of the final concentration of both cations and anions of 20 mol/m3. Steiners recipe for nutrient solution was modified, with 12 mol/m3 N as standard. The four treatments with differing ratios of the three N-sources are given in Table 1. Potassium was applied in two concentrations, 7 and 9 mol/m3.

Table 1. Response of parameters indicative of quality of tomato seedlings to nutrient solutions differing in ratio of three N-sources. Means followed by the same letters are not significantly different (Tukey, P ≤ 0,05). 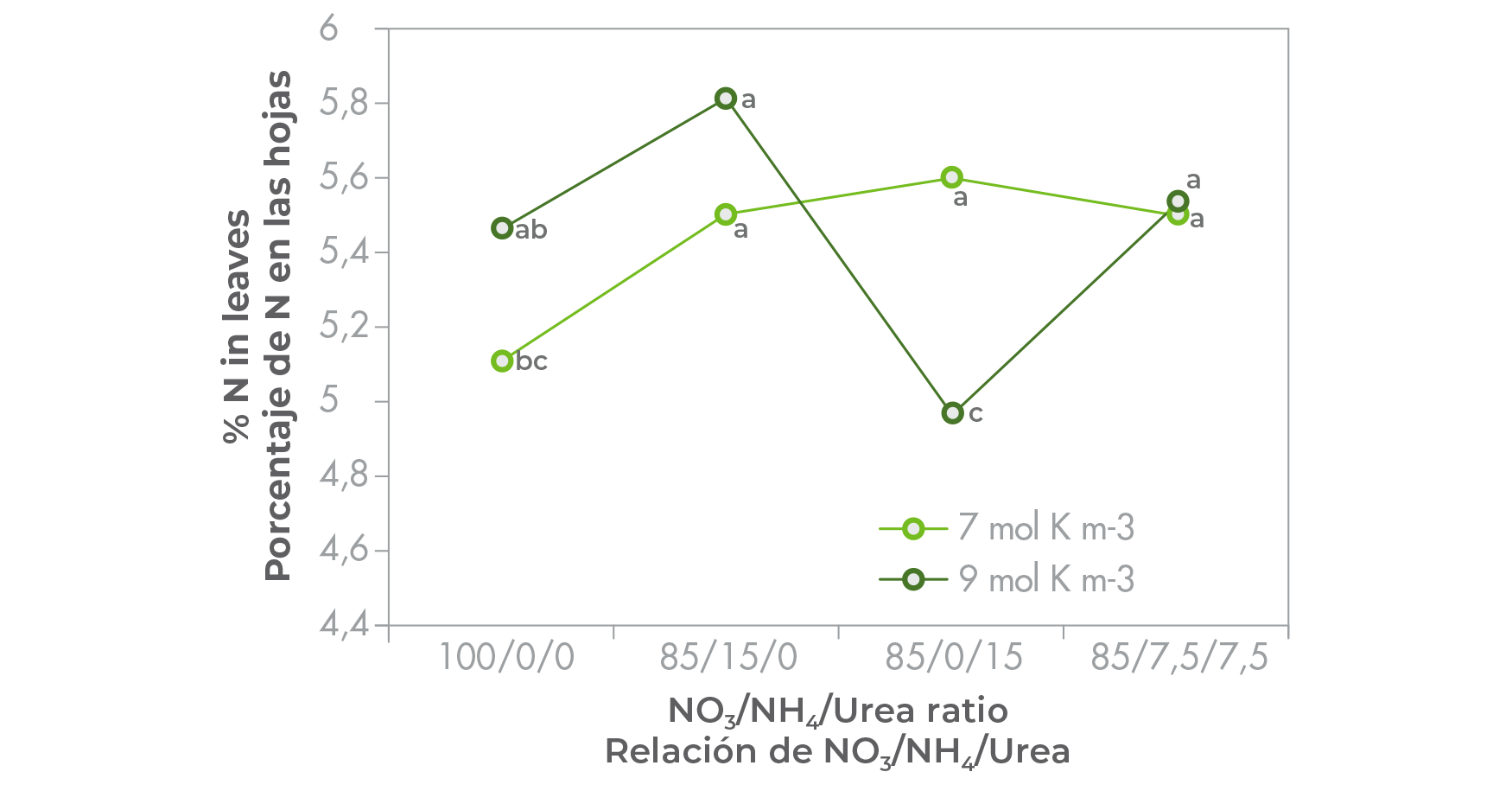 Figure 1. Percentage nitrogen (N) in the leaves of tomato seedlings supplied with nutrient solutions containing three different N-sources in 4 ratios, and 2 rates of potassium (K). Data points labeled with the same letters in each column and row are not significantly different (Tukey, P ≤ 0,05). 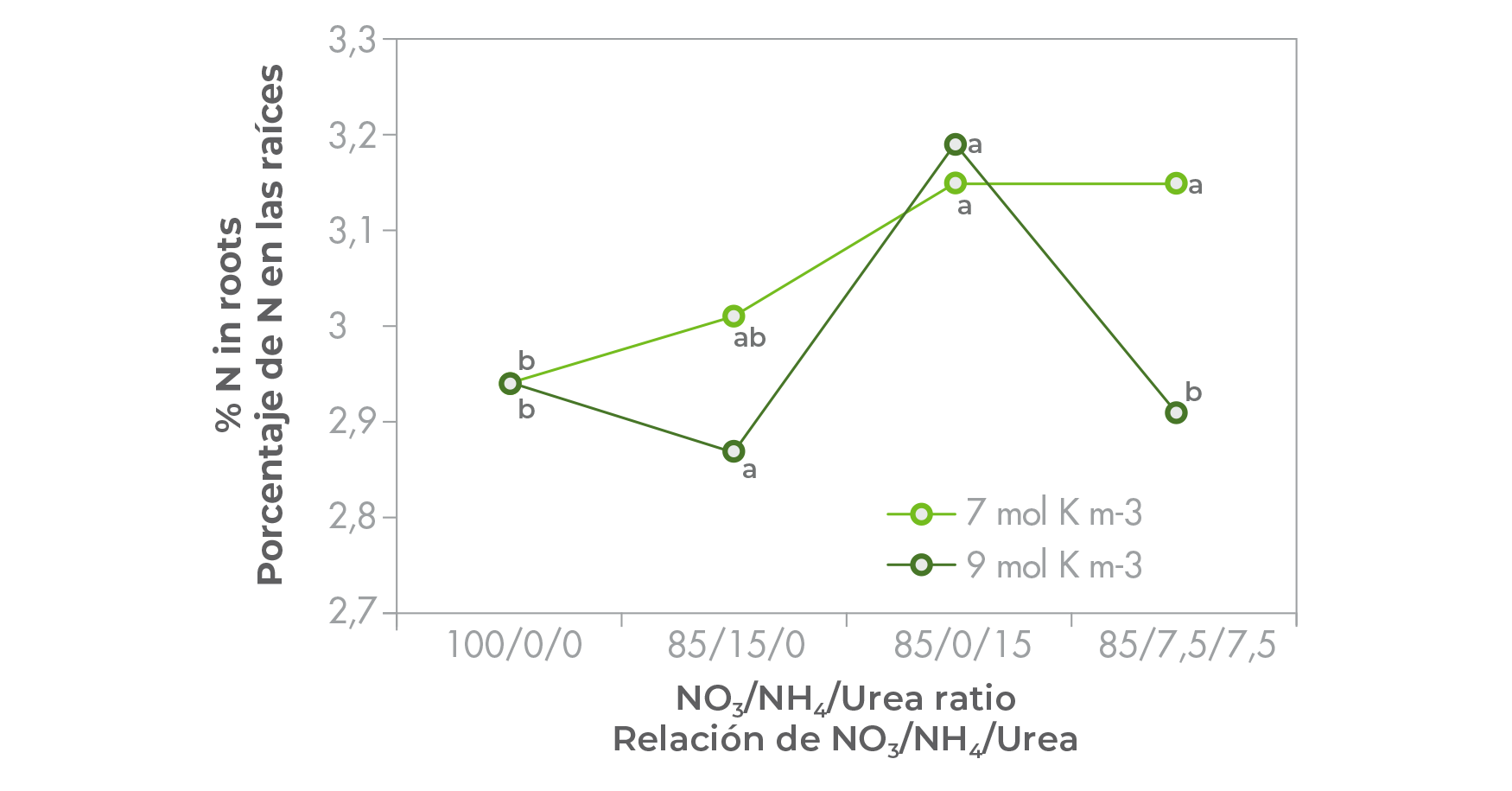 Figure 2. Percentage Nitrogen (N) in the roots of tomato seedlings supplied with nutrient solutions containing three different N-sources in 4 ratios, and 2 rates of potassium (K). Data points labeled with the same letters in each column and row are not significantly different (Tukey, P ≤ 0,05). 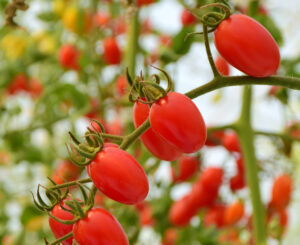 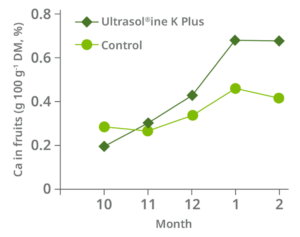