Zimbabwean tobacco growers are generally sophisticated in their growing of tobacco. Yield targets have increased in recent years. Crops of dried leaf of 3500 to 4000 kg/ha are now achieved, being greater than the targets before of 2500 to 3000 kg/ha, and failure to apply sufficient K has reduced soil potassium reserves. Responses to potassium topdressing by certain growers have recently been forthcoming. This is not surprising in view of the high need for potassium by the crop, being 1,6 times that of nitrogen, 9,5 times that of phosphorus, 2,1 times that of calcium, and 6,7 times that of magnesium. It is noteworthy that the “grand phase” of growth occurs four to five weeks after planting. During this time the need for nitrogen and potassium is greatest.

Zimbabwean growers rely on a large body of research data supporting their crop management practices. Kutsaga, Zimbabwe’s tobacco research station in Harare, has carried out research relating to nutritional practices for decades. Potassium nitrate topdressing is not advocated by them. They do recommend topdressing with ammonium nitrate directly after planting and calcium nitrate at or shortly after topping.

In most instances, Zimbabwean tobacco growers cultivate the crop in soils which are virtually sand. Clay content generally is less than 10%. Hence, the soils are highly prone to nutrient leaching of cationic as well as anionic nutrient salts. As would be expected, cation exchange capacity is exceedingly low, meaning low inherent fertility.

To answer a number of questions posed by the growers, pot trials were carried out by Dr Steve Oosthuyse to demonstrate the beneficial effect on productivity of potassium nitrate topdressing of plants grown in these problematic sandy soils. The results of this research were communicated at a growers visit on 21 and 22 April, 2015, by Dr Steve Oosthuyse and Duncan Napier (product manager, SQM Africa). 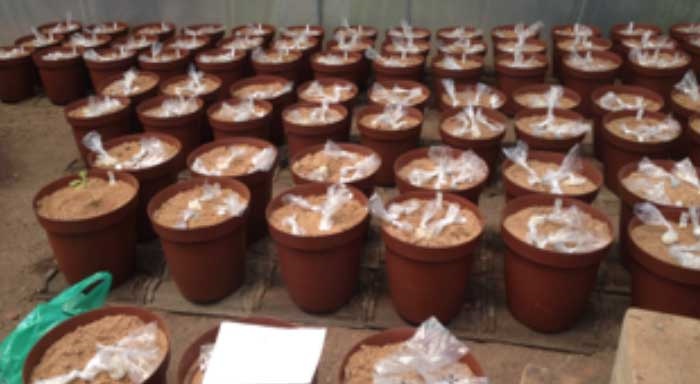 Figure 1. Tobacco pot trial- after weighing out fertiliser quantities to be applied per 20 l pot. 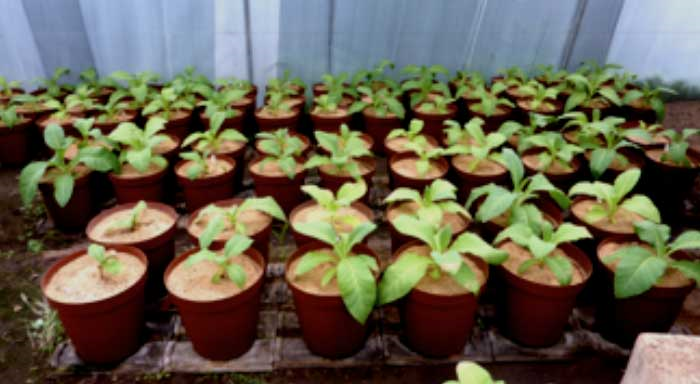 Figure 2. The tobacco plants at the time of potassium nitrate topdressing, four weeks after planting.

Addition to the standard program of topdressing with potassium nitrate was compared to the standard Zimbabwean fertilisation program without topdressing. The following is carried out by Zimbabwean growers generally. Gypsum is applied in the planting hole at planting. Ammonium nitrate, single super phosphate, potassium sulfate and sodium borate are applied to the ridges prior to planting. Ammonium nitrate is applied at the base of the plants just prior to planting. Calcium nitrate is applied at topping or just after topping. Soil pH is rectified prior to land preparation in applying calcitic or dolomitic lime, the latter if the magnesium level is considered to be low. Table 1 shows the recalculation of dosage used in the field to grams per pot in the pot-trial for both the standard and the topdressing program.

Figure 1 shows the trial after fertiliser quantities for each pot had been weighed. One plant was grown per pot. Figure 2 shows plants at the time of potassium nitrate topdressing four weeks after planting.

Irrigation took place three times each week. Including a second variable factor, pots were irrigated with four different quantities of water to allow for differed degrees of nutrient leaching from the pots. The extent of drainage was quantified: Drainage was restricted to 112, 1345, 2400 or 3311 ml per pot after each irrigation.

Both reduced leaching and topdressing with potassium nitrate had a positive effect on plant growth (Figures 3 and 4). In the pots which drained the least, the potassium nitrate topdressing program gave rise to higher plants and a 60,5 % increase in final total plant dry weight, compared to the standard fertilisation program, despite the quantities of nutrient applied being virtually equal.

The results clearly indicated to Zimbabwean tobacco growers that irrigation management to minimize the leaching of nutrients to below the root zone was vital to maximise productivity. Moreover, topdressing with potassium nitrate held a very significant and marked benefit in enhancing dry matter accumulation, and thus productivity. 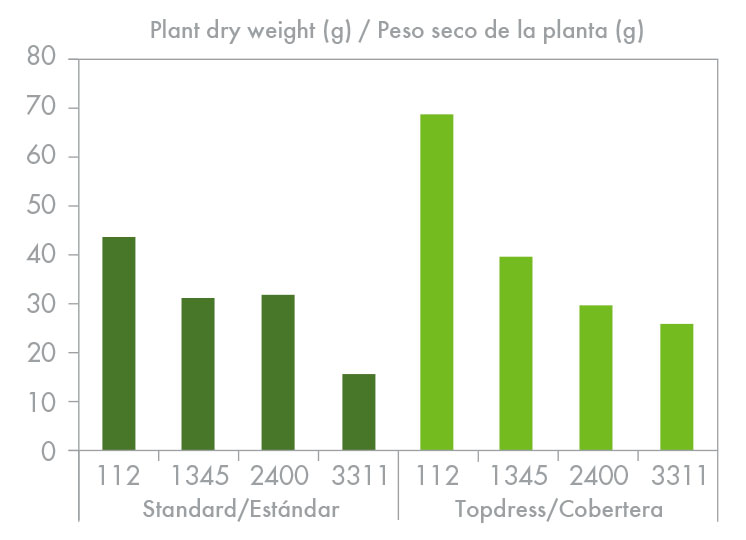 Figure 4. Whole plant dry weight in relation to treatment. Drainage degree is shown beneath each bar. Greatest dry matter accumulation occurred in the plants grown in the pots showing least drainage and topdressed with potassium nitrate.

Why potassium nitrate is the preferred fertilizer for the tobacco crop?